Tomorrow, September 30, is the last day to enter the Goodreads Giveaway for A GIRL NAMED MARY.

Our giveaway is live on Amazon.

Enter now for a chance to win a copy of 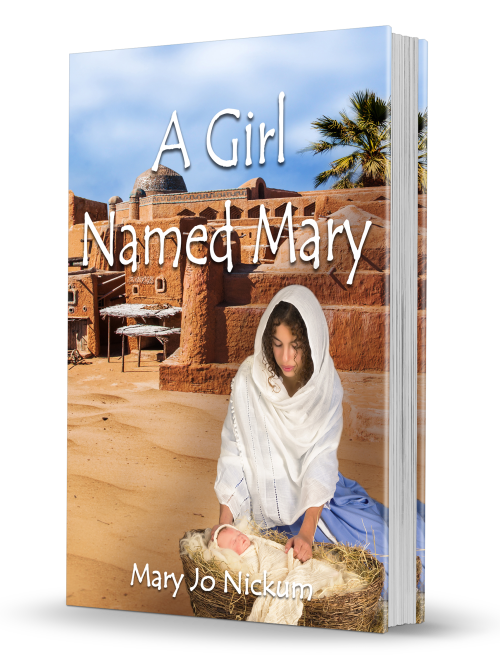 Mary earned a B.A. degree in English education at Northland College, Ashland, Wisconsin, a Masters in Librarianship at the University of Washington, Seattle, Washington and a Masters in Interdiscip

A Girl Named Mary tells the story of Mary, the Mother of Jesus as a young girl. Though she has a much older sister, she’s raised as an only child. Her cousin, Rebekka, is her closet friend and confidant. Together they grow and learn how to maneuver in a culture that is steeped in tradition. One that looks backward instead of forward for solutions to problems. Mary cares about others, helps the sick and disadvantaged and is a voice, albeit a young voice, for women.

At twelve, Mary was betrothed to an older man who had sons her age. She resisted this arrangement strongly. She argued with her parents against the betrothal with every bit of logic and strength she had but found this tradition beyond her ability to fight. The marriage took place and she was rewarded by the birth of a beautiful baby boy, Jesus

Mary Jo Nickum, a Roman Catholic since birth, has always been fascinated by her namesake, Mary, the mother of Jesus. When she turned from technical writing to writing for children, researching and writing about the Blessed Virgin Mary became a reality. Her first book for children, Mom’s Story, a Child Learns about MS, is fictionalized nonfiction written for families from a child’s perspective. A Girl Named Mary is her first ‘tween historical novel. Mary Jo resides with her husband in Fountain Hills, Arizona. She has two grown sons.